skip to main | skip to sidebar
“He wrote the songs, I held the pen.” -- Harlan Howard 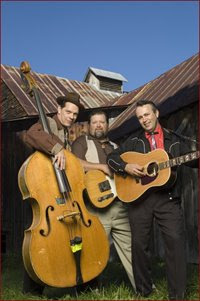 Vermont's Starline Rhythm Boys will be making a long-overdue appearance in the Boston area this weekend, playing The Plough & Stars on Saturday 11/1 AND stopping by Sunday Morning Country the next afternoon (12:30pm) to chat and play a few tunes. Somebody pinch me!
Offerred up by Cousin Kate at 11:40 AM

* * * THANK YOU! * * *
To everyone who called in and contributed mightily to our fundraiser, a huge THANK YOU! for showing your support with all your donations and kind words!

Premiums will be be mailed out as soon as we sort through reminder postcards, checks and charges; I'm told 6-8wks. I will keep you posted.

For those who missed our 2008 fundraiser, you can STILL call in your donation or send me an email and I will enter your information into our database. It's never too late....KatesCountry@aol.com

Thanks again and stay tuned for more "good stuff" on Sunday Morning Country!
Offerred up by Cousin Kate at 11:01 AM 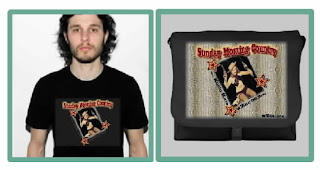 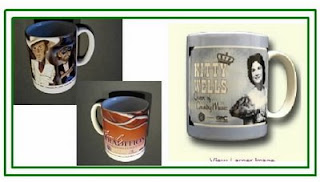 Is there any better way to enjoy your

A heads up that the big WZBC Biennial Fundraiser (every other year like Foxglove!) will be taking place October 10th thru October 19th! That means Sunday Morning Country listeners have TWO opportunities (12th & 19th) to show your love for all thangs country!

I'll also be offering The Williams Family Tradition & Kitty Wells: The Queen of Country Music coffee mugs from the current exhibits at the Country Music Hall of Fame in Nashville, as well as, CMHoF museum admission tickets!

Special LIMITED EDITION Sunday Morning Country swag, T-shirts and messenger bags, is being offered for those wanting to wear their Country on their sleeve! Bah-dah-boom....

NEWS FLASH! Remember, Sunday Morning Country is now in its 30th year on air & will be celebrating its anniversary next June, so don't miss out on getting your SMC swag early! It won't last long!

As always, thanks for listening and making Sunday Morning Country and the Z a big part of your weekend!

Cousin Kate
Heartbreak Hill, Massachusetts, United States
Deep down in the radio bunker, high atop legendary Heartbreak Hill...the true sounds of Country music can be heard each and every Sunday! Pull up a seat and stay a while!